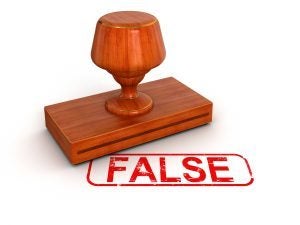 If you work in California, then you know that some employers (not all) will do just about anything to save themselves money and not pay employees what they're owed.

One major way employers can achieve unfair financial gain is to misclassify certain employees; this can be accomplished by ensuring that—

Whether it's deliberate or accidental, California employers can wrongly categorize certain groups of employees as “exempt” from overtime pay. When they do this, the employer is not obligated to pay that group of employees overtime.

If your employer “misclassified” you as exempt from overtime, how much money would that cost you? Add it up. Every day? Every week? Every pay period? Every year?

“Misclassification is workplace fraud, plain and simple,” said former U.S. Secretary of Labor Thomas Perez. “It hurts workers by denying them a fair day's pay for a fair day's work, and it also undermines the competitiveness of businesses that are playing by the rules. At the Labor Department, through vigilant and vigorous enforcement, we are cracking down on irresponsible employers who game the system and cheat their employees—and that's what they are: not contractors, but employees.”

Good news: there are solutions.

How can this happen?

California employers misclassify some workers as independent contractors instead of as employees; there are and have been a number of recent cases that address just this issue.

What are some examples of employee misclassification?

There are many. An excellent historic example happened right here in California. Both managers and assistant sales managers working for the former Sav-on drugstore chain claimed they had been misclassified as exempt from overtime. These managers performed all the duties an employee would—spending their time working as a regular employee—yet were allegedly still denied overtime pay because they were “classified” (actually misclassified) as exempt management.

Questions to ask yourself

If you can answer “yes” to any of the following questions, then you may be owed money:

How can you know whether you've been misclassified as an independent contractor?

The U.S. Department of Labor has published a worksheet that describes the factors that courts generally consider for this purpose under the Fair Labor Standards Act when determining whether an employment relationship exists. These include:

Can employees fight back? Yes they can…

Read what the U.S. Department of Labor had to say about two cases that were very significant legal victories for California workers—cases that sent a strong message to employers nationwide: If you misclassify your employees, you will face the consequences.

“National Consolidated Couriers Inc., based in San Leandro but with clients across the country, has agreed to a court judgment requiring it to pay $5 million in back wages and damages to more than 600 drivers it misclassified as independent contractors, having cheated them out of minimum wage and overtime pay.”

“In another major win for workers, a federal judge ruled that drivers for Mountain View-based Stanford Yellow Taxi Cab, Inc. were also misclassified. The court's decision allows the department to continue with litigation forcing the company to pay nearly $3 million in back wages and damages to dozens of drivers.”